Last week I talked about two new characters that I was introducing into the game: the Redeemed Bandit and the Chosen One. While not all my goals were met last week, I can still say that I believe that significant progress was made in the department of worldbuilding. Writing encyclopedia entries for my game was surprisingly fun. I hope people get as engrossed in my silly world as I did!

Using jsfehler’s Renpy Encyclopedia, I integrated the system into Self Insert: Draft. Here is a small draft of his encyclopedia adapted to the art style in the game. Will need to get rid of that garish red, but otherwise, I’m loving the system so far. 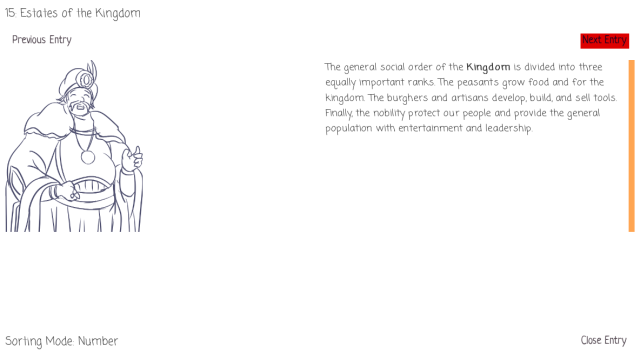 Goals for Next Week:

Please tune in next Monday!